By Exclaim! Staff
Published Feb 03, 2016
Bruce Springsteen and the E Street Band brought "The River Tour" to Toronto yesterday evening (February 2) for the lone Canadian date on their schedule. Along with a handful of cuts from the Boss's acclaimed fifth studio album, the audience was treated to a few additional hits and covers over the course of the 33-song performance at the Air Canada Centre.

Exclaim! photographer Stephen McGill was in attendance to capture Springsteen's set. Read his thoughts on the evening, then relive the evening's performance by scrolling through our favourite photos from McGill and browsing the gallery below.

Touring the recently released expanded edition of his 1980 LP The River, Bruce Springsteen & the E Street Band treated fans at the Air Canada Centre to a rare album-themed show, and an entire extra set of all the hits to boot. Despite what his birth certificate may say, the 66-year-old New Jersey native displayed more energy on stage than most performers half his age, whether it was crowd-surfing during "Hungry Heart," constantly roaming the stage and floor to interact with his fans or pulling an 89-year-old woman on stage to dance during "Dancing in the Dark."

The E Street Band continue to impress as an impossibly tight unit, able to mix up the set list on the fly, and even the 2011 loss of saxophonist Clarence Clemons has been softened by the fact that his nephew, Jake Clemons, has capably filled his position.

Over the three-hour set, everyone heard something they were looking for. Even in the nosebleeds, hits like "Born to Run" and a cover of the Patti Smith Group's "Because the Night" had the crowd on their feet. With the house lights up, and the construction crews waiting to disassemble the stage, Springsteen and his band launched into his stalwart set closer, a cover of the Isley Brothers' "Shout," and while you could tell he was tired by the end, nobody in the room would've rather been anywhere else. 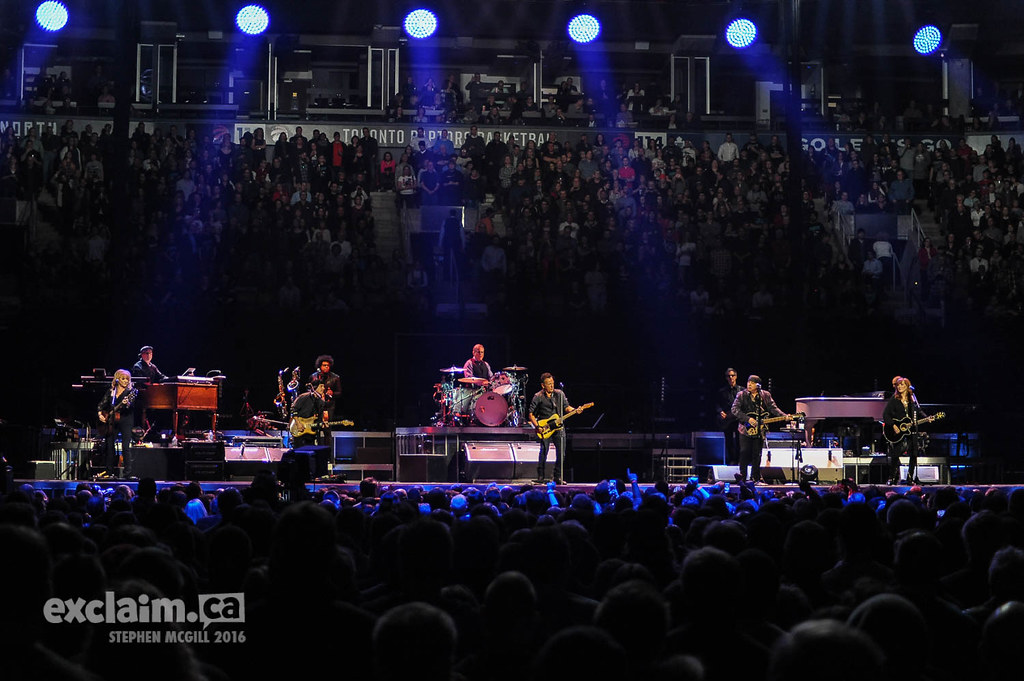 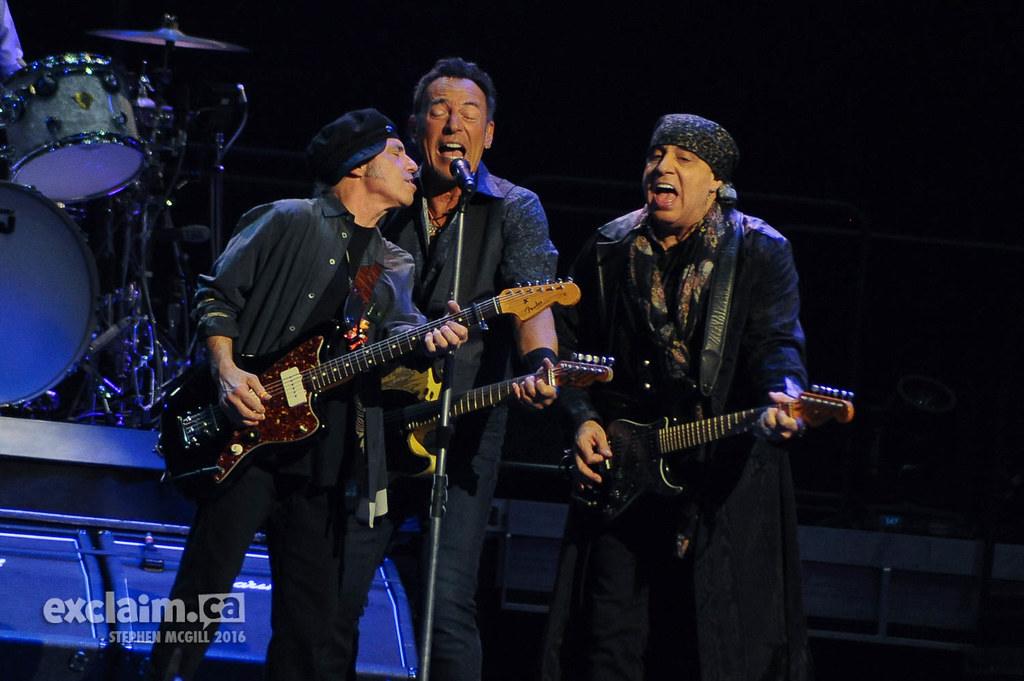 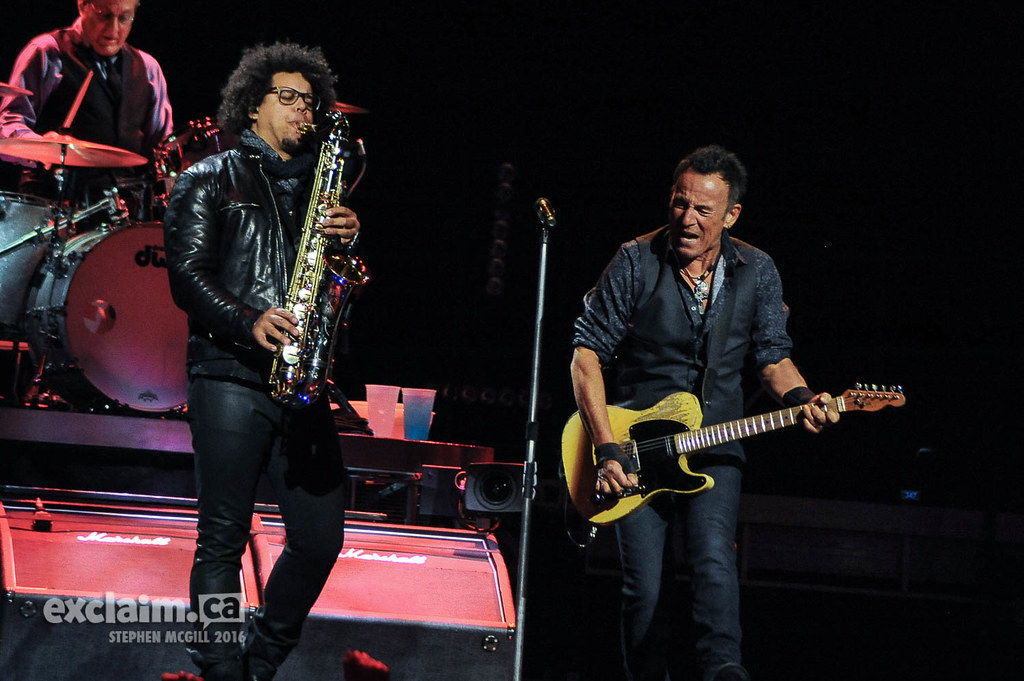 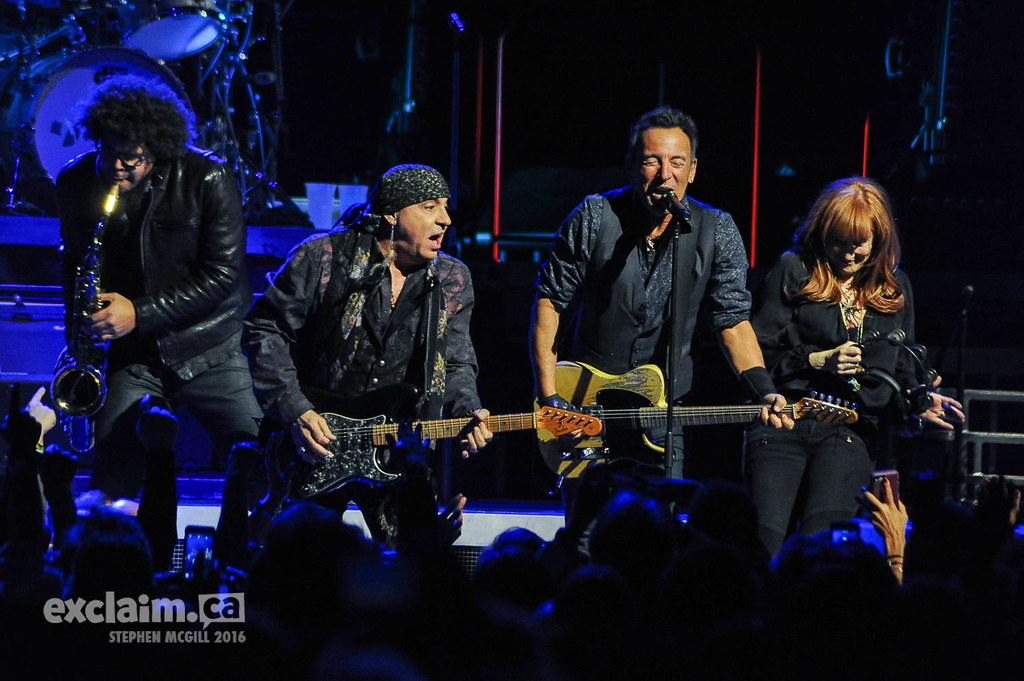 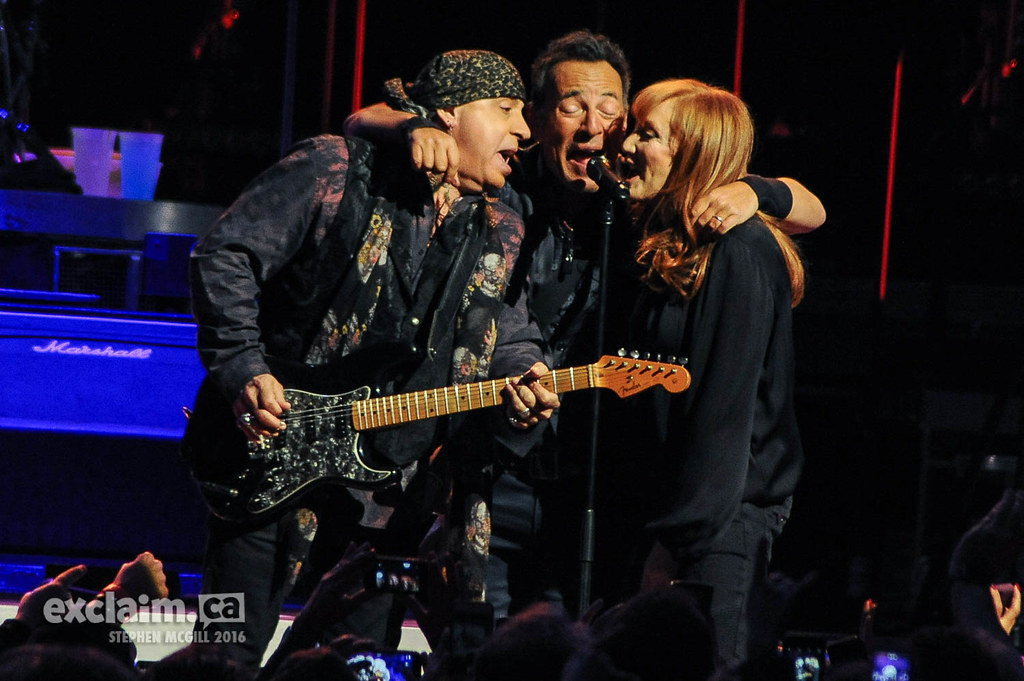